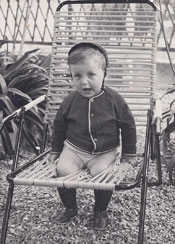 In January of 1964, Angelo Marini was born in the northern Italian town of Busto Arsizio, which lies northwest of Milan about halfway to scenic Lago Maggiore. The younger of two children, Angelo came to the United States when he was just three years old.

Angelo's father, Piero Marini, was an engineer for Crawford & Russell in Stamford. Stamford became the family's home base, but the Marinis moved around considerably. Angelo and his family lived for a couple of stretches in Texas, for two solid years in Belgium, and for ten years in Holland. Blessed with an excellent ear for languages, Angelo became fluent in English, Italian, Dutch and Spanish. Angelo attended Stamford High School during eleventh and twelfth grade, graduating with the class of 1981. 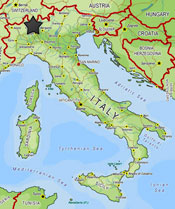 His experience with different cultures left him with a lifelong thirst for learning. After high school, Angelo attended the University of Connecticut, graduating with a major in Finance and a minor in Real Estate. There are many things that he might have done with such a background, but in 1985, his family opened a restaurant called Monica's on Shippan Avenue in Stamford and Angelo went to work in the family business. Monica was Angelo's big sister, and the two siblings ran the restaurant together for ten years. Monica's became well known for its fresh housemade pastas until the Marinis sold the restaurant in 1995.

In 1997, Angelo opened What's Cooking?, a gourmet shop located in Fairfield that served soups, salads, sandwiches, wraps and paninis. During the time that Angelo operated this popular little joint, the term "panini" really entered the American consciousness and lexicon. Angelo sold the gourmet shop in 2007. From 1999 to 2003, Angelo also ran the concession at Penfield Beach in Fairfield.

In 2005, Angelo opened highly regarded Sal e Pepe in Newtown in the space that housed Compass for two years and G.P. Cheffield's for the eight years before that. His fresh housemade pastas were an immediate hit with the community. While Sal e Pepe began as a northern Italian restaurant, it has gradually evolved into a "contemporary Italian bistro" with a more global outlook that reflects Angelo's cosmopolitan upbringing, love of diverse cuisines and passion for travel.

Angelo and his wife, Renia, originally met through mutual friends at a ski house rented for New Year's in Waterville Valley, New Hampshire. Angelo brought with him on this trip north a big tray of lasagna that he had made, and in the morning he prepared French toast for everyone. For Renia it apparently was love at first sight, but Angelo was afraid to spoil a great friendship. Eight years later, when the family was selling Monica's, Angelo's mother asked him what on earth he was waiting for. Angelo took the prompt, inviting Renia on a hike at Devil's Den in Greenwich. During their hike, he asked her if she'd like to date him. From that moment on, he opened his heart and fell madly in love.

Born Renia Malinowski in Waterbury in October 1964, Angelo's wife grew up in the Brass City. Although they didn't know each other while in college, Renia took a strikingly parallel path, majoring in Finance (and minoring in Insurance) before graduating from the University of Connecticut in 1986. Afterwards, she worked as a paralegal, first for Thomas L. Brayton III in Waterbury, and then at Carmody & Torrance, also in Waterbury. After Renia and Angelo were married, she moved to Stamford and worked for Holland, Kaufman & Bartels in Greenwich.

Angelo and Renia have two sons, Matthew and Benjamin. Matthew was born in October, 1998. A seventh grader at time of writing at Newtown Middle School, Matthew competes on his school's swim team and is a drummer in a band called Subterranean Sky. A creative sort, he dreams of being a film director. Benjamin was born in December, 1999, and is currently a fifth grader at Reed Intermediate School in Newtown who competes on the basketball team. Benjamin thinks he might be interested in taking over the restaurant someday.

Angelo and Renia are grateful for their community's enthusiastic support. They in turn support numerous causes, including three that have touched their lives. Angelo's niece, Chelsea, has Rett Syndrome, and the Marinis support the Rett Syndrome Research Trust founded by Monica. Angelo is diabetic and supports diabetes-related charities. And Angelo's father is a 25-year survivor of a liver transplant, leading to the Marinis support of liver-related charities.

Anyone who spent any real time with Angelo and Renia would recognize that they are two of the warmest people one could ever want to meet. Their warmth radiates onto their staff and customers. Come to Sal e Pepe, a contemporary Italian bistro, and become a member of the extended family! 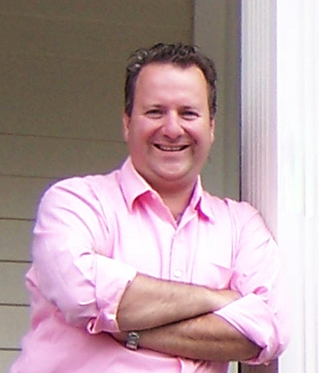